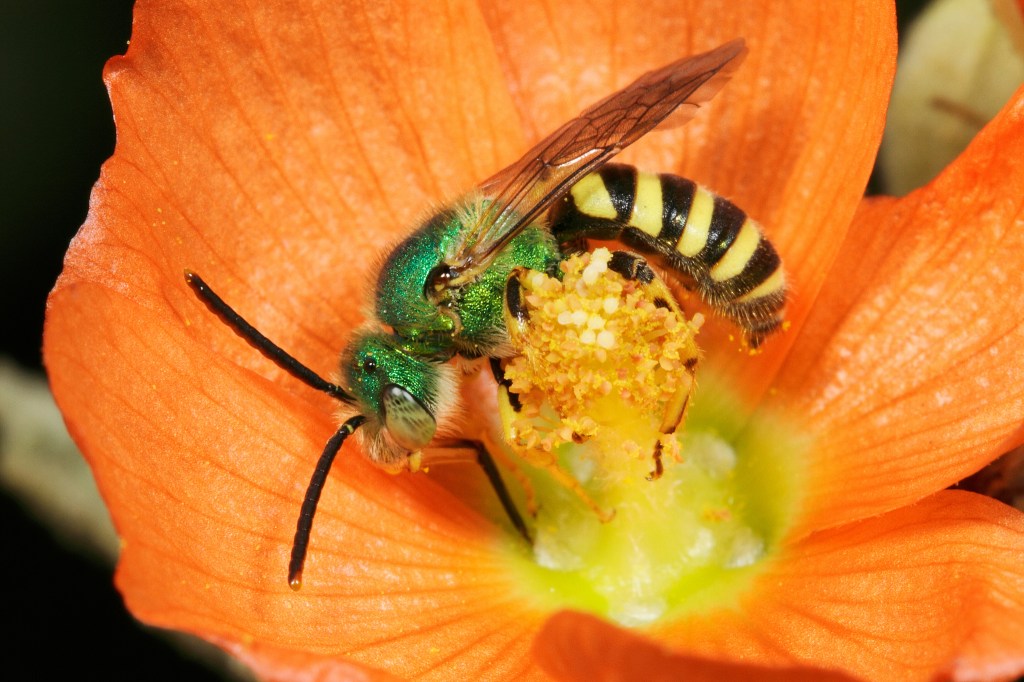 If your garden isn’t thriving, bee expert Gordon Frankie from UC-Berkeley, has a suggestion for you. Garden for the bees.

California has about 1,600 species of native bees, Frankie says, which perform all sorts of work in your garden and in the state’s diverse landscape.

Most native bees are considered solitary, which means they don’t form hives like honeybees, which are classified as social bees. Native bees build nests, some in the ground, where they lay eggs.

Native bees help with pollination in most fruits, vegetables and ornamental plants. Tomatoes, Frankie says, have an uncommon pollination method that requires the flowers to be shaken to release their pollen. Buzzing bees are perfect for this task, and while the wind can help pollinate the tomatoes, bees increase the fruitfulness.

Frankie, who oversees the Berkeley Urban Bee Lab, suggests planting bee habitat gardens that will attract bees to your yard. Research has shown that you can expect bees within 24 hours of planting that inviting garden.

While native plants can be important in the landscape, Frankie says native bees are not particular about most plants and will be attracted to non-native plants just as easily.

Besides growing plants to help attract bees, there are things you should eliminate from your garden, primarily pesticides. The popularity of pesticides and especially neonicotinoids are having a devastating affect on both honeybees and native bees.

Although gardeners are told to “mulch, mulch, mulch,” Frankie says it’s important to leave some bare earth for the ground-nesting bees.